A rugby revolution is coming.

With the sport being badly hit by the coronavirus pandemic, it looks set to emerge from the crisis with the biggest changes since it went professional 25 years ago.

Leading figures from around the game discussed a new global calendar on a World Rugby video call this week and are hoping to reach an agreement from the end of the month.

A lot of the focus was on how the international game could be re-shaped in future to make rugby more attractive to a wider audience.

So, how can that be achieved?

A new Nations Championship looks certain to come in to add some spice to the international game but finding the right balance to fit it within the existing structure and not compromising player welfare will be key.

The initial proposals that were scrapped a year ago were based on the top 12 teams in the world playing each other annually.

It was met with a lot of opposition at the time and would not seem feasible when taking into account player welfare or the damage rugby would be doing to the carbon footprint. Imagine, for example, England jetting off at the end of a long hard season to play South Africa, Argentina and New Zealand all in quick succession.

Now the Nations Championship is back on the table and perhaps a more hybrid approach would be better where games could be incorporated more subtly into the schedule and there could still be capacity for traditional Test series in the southern hemisphere and other autumn internationals.

If rugby was to look at football as an example, the Uefa Nations League has added extra intensity in games that would otherwise have been meaningless friendlies and the hope would be that the Nations Championship could have a similar impact.

It would not be as prestigious as the Six Nations or World Cup but would add more interest to those games outside of those tournaments that struggle to get the same sort of recognition. A grand final could be held at a neutral venue with the northern and southern hemispheres taking turns every two years, in between the World Cup and British and Irish Lions tours, and there should be promotion and relegation too.

A decision would have to be made on how many teams would make up each league but eight or 12 would seem sensible. The former would see the top teams in each group progress to the final while the latter could allow for a semi-finals and final with the three pool winners and best runner-up going through.

Teams should be split into groups of four, made up of two from each hemisphere with home and away games. The bottom team in each pool would go down and the top teams from the pools in League B would go up, allowing emerging nations to develop and compete at the top table.

This format would also ensure travelling would be more manageable when north hemisphere teams go south and there could still be scope for extra games. For example, England could play Japan on their way to playing a two-match series in New Zealand with one of those games designated as a Nations Championship fixture if they were paired in the same group. The All Blacks and Brave Blossoms would then travel to northern hemisphere for their return game with England and other opponents in the northern hemisphere leg of the Nations Championship.

Certain Six Nations and Rugby Championship games could also double up as Nations Championship fixtures to make the schedule manageable, although reverse fixtures would have to be played separately for the former and possibly also in the southern hemisphere if they expand to a six-team tournament and abandon home and away fixtures.

It would also be great for second tier nations and help grow the sport. It is time for teams like Fiji and Japan, who could potentially join the Rugby Championship, to compete on a more regular basis with the big boys and the promotion-relegation system would give hope to other emerging nations. Finally being able to host lucrative fixtures against the top nations would also be a great financial boost for the Pacific Island teams especially.

The big question is when the Nations Championship games will be played. Although I am a fan of summer tours at the end of the European season, there is a clamour to combine that Test window with the autumn one to have a solid block of international fixtures and help build continuity around the club game. But rather than the October-November slot currently being discussed, surely moving it to September and October would make more sense given that would make it more aligned to when World Cups are traditionally played. I also believe it would be easy to fit club seasons around this as they already do every four years.

There has also been talk of the Six Nations and Championship both moving to be played at the same time, which makes sense with so many southern hemisphere players plying their trade in Europe. A move to March and April should not make a huge difference and give us a feast of global rugby to look forward to on those weekends.

The World Cups and Lions tours would remain as they are as the crown jewels in the game. And if the powerbrokers can get it right, the Nations Championship could capture a wider audience on a more regular basis. 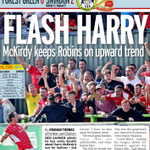 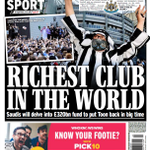